There is no plateau on which Nature rests at midsummer, but she instantly commences the descent to winter.

The Firefly Moon wanes throughout the period, reaching perigee, its most powerful position closest to Earth, on July 5 and then entering its last quarter at 3:24 p.m. on July 8. Rising in the late evening and setting in the morning, this moon shines throughout the night, passing overhead before dawn. 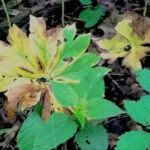 Aphelion, the point at which the Earth is farthest from the sun, occurs at 8:00 p.m. on July 3. The sun’s declination remained near its solstice position of 23 degrees, 26 minutes, its highest point above the horizon, during the last ten days.

By the end of next week, however, it will have moved to a declination 22 degrees, 25 minutes, reaching approximately five percent of the way to autumn equinox, and the night will have gained nine minutes. Sunrise and sunset have started to occur slightly further south than they did at solstice, but it is not too late to start tracking solar movement toward winter.

In the late evening of aphelion, Jupiter and Venus are setting with Leo in the far west. Scorpius, with its red eye, Antares, lies due south, pursuing Saturn and Libra along the Ecliptic. Sagittarius, the Archer, follows Scorpio in the southeast. Seeming to emanate from Sagittarius, the Milky Way sweeps up toward Cepheus and Cassiopeia in the north. Hercules, the Corona Borealis and Arcturus are overhead. To the west, Cygnus, the Northern Cross, is poised to take their place in late summer. 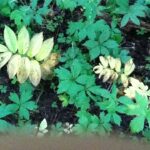 In spite of these signs of passage, the recent heavy rains (three inches more than usual for the month), may have produced an echo of spring in my village in the Ohio Valley. On the 26th, John Blakelock called to say that his American toads were singing again. Usually they scream out for their mates in April and then settle down. But John pays attention to his toads, and he said he had never heard them try a second round of breeding calls.