Review of Bill Felker’s Deep Time Is in the Garden 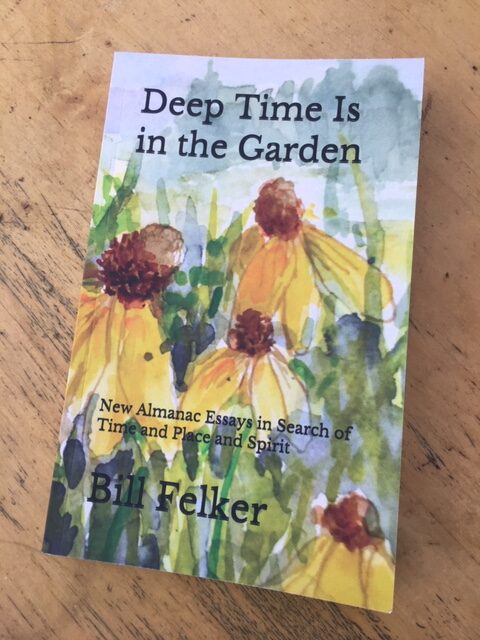 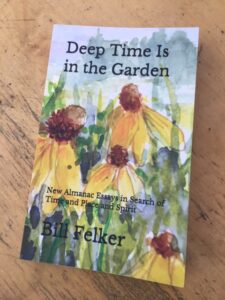 This wonderful collection of thoughtful, lyrical essays entwines Felker (Home Is the Prime Meridian) and his readers with the patterns of nature. Each of the nearly 40 essays, including many first published in the Yellow Springs News of Yellow Springs, Ohio, connects daily observations to “a kind of radial time,” blurring the line between singular moments and longer movements, one garden and all gardens. For Felker, the natural world helps dispel the lingering anxieties of a sleepless night and offers the sort of comfort that Roman Catholic rituals used to provide for him and no longer do. He explores memory at length, and just as memories mix together to form a narrative, so too does observing nature for familiar patterns.

Felker balances the concrete details of the things he sees—the different species of birds, flowers, and trees he comes across, daily temperatures, astronomical events—with the meanings he ascribes to them. He’s aware that existential musings about why a finch appears at a particular time have little to do with the finch and everything to do with his own thoughts. Felker tries to follow what he calls “the easiest law,” which states that “when one thing is happening, something else is happening too.” He asserts that by recording data, such as the number of leaves that fall, he can also record his feelings without focusing too much on his interior world.

Within these pages, the world of nature is one of simultaneity where “nothing is ever out of place. Everything fits.” Felker’s concluding essay, “Repetition Is the Way Home,” meditates on the comfort and wonder of cycles and routine, how walking the same paths every day and through every season is a walk back in time that alleviates some of his anxiety about the future. That insight is just one of many poignant observations scattered through this marvelous book. Felker’s brevity, beautiful detail, and philosophical punch make this fluid collection a true pleasure to read.

Takeaway: Readers moved by the intersection of natural history and philosophy will love these meditative, poetic essays by a suburban naturalist.

Great for fans of John Harvey’s The Stillness of the Listening Forest.