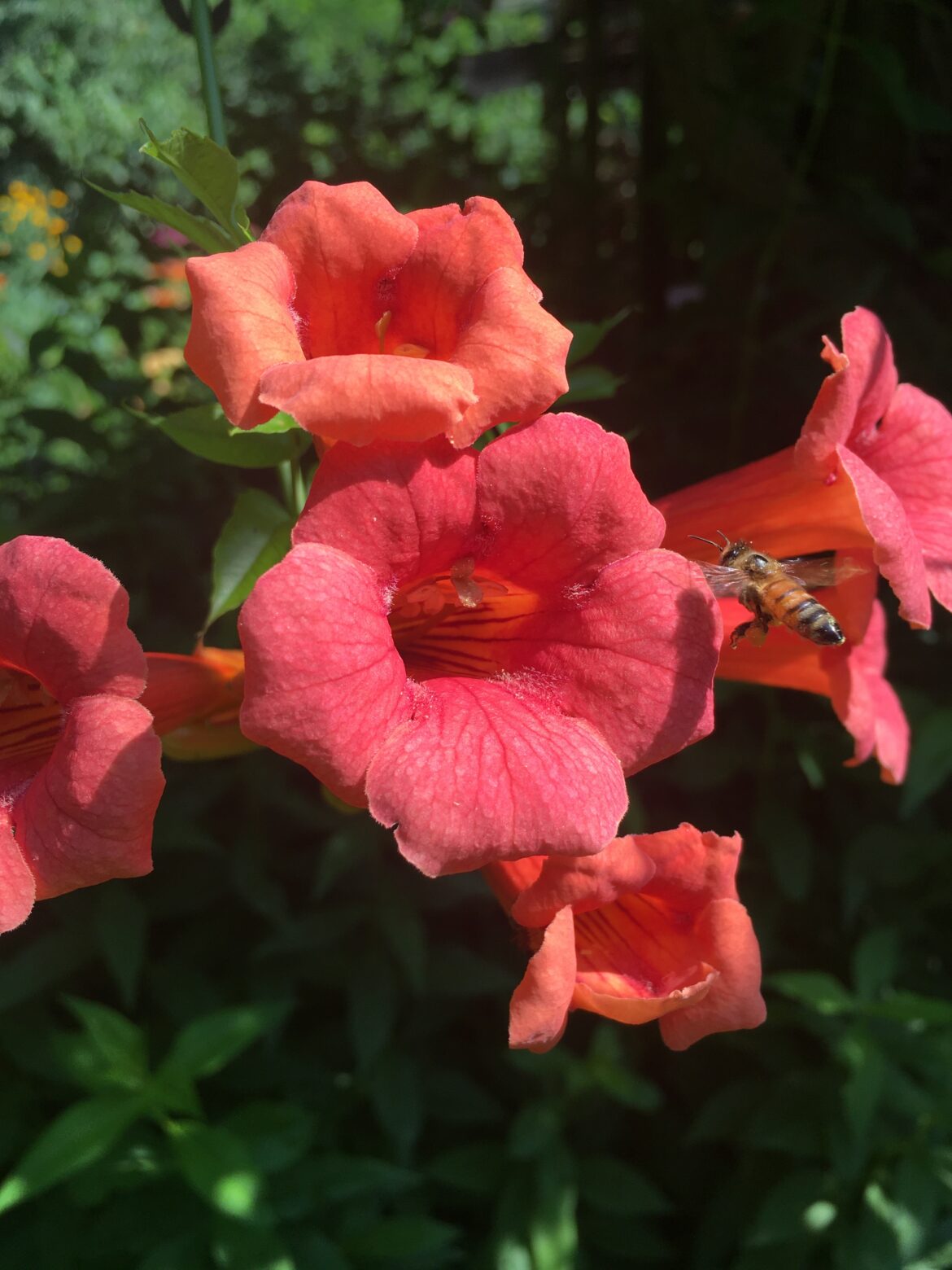 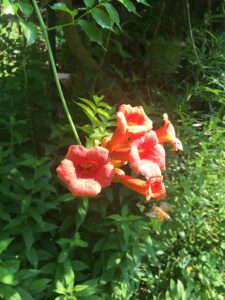 Below Boötes thou seest the Virgin

An ear of corn held sparkling in her hand.

The verse by Aratos quoted above places the land within the context of the heavens. The Boötes star group is directly overhead after dark this week, and below that constellation lies Virgo (the Virgin) in the southwest – both constellations announcing the tasseling of the corn.

Under Boötes, the first buckeye, apple, peach and cherry leaves become yellow and drift to the ground, marking the shift into Deep Summer. Water striders hatch in the ponds just as alewives head back to the Atlantic from their estuaries. The behavior of raccoons, opossums and groundhogs often becomes erratic in the Dog Day heat. Young robins, blackbirds and blue jays haunt the honeysuckle bushes eating red and orange berries. The young of the great blue heron leave their rookeries. Canadian geese walk single file through their habitat, their goslings grown and following them.

1983: Young blue jay dead on the sidewalk, one Osage fruit about three-fourths developed lying beside the fledgling, both fallen in last night’s storm.

1986: Grackles filled the trees a week ago; now they’re gone (mulberries and cherries gone with them). Cardinals are quiet throughout the day: major decline in their song.

1987: An occasional cicada heard. Giant stag beetle on the porch screen. First black walnut seen on the path. Last of the black raspberries in the yard.

1990: Making a list of the changes in the seasons is like making a list of the changes in myself. The more closely I watch the external events, the more clearly I see myself. Each new detail I learn about the year becomes a new piece of what I feel and am. Is that because I do not separate myself from the outside world, because I am not only a part of summer but because the reflection of summer is a deep imprint, not simply an overlay?

1996: Fishing at Caesar Creek with John: Three large catfish caught in the afternoon, an hour or so between each strike. A cool front had come through in the night; the wind was strong from the northwest, scattered cumulus clouds rolling across the sky all day, the high temperature in the middle 70s, sun keeping us warm enough.

1998: One rose of Sharon bush has maybe half a dozen blossoms today. Phlox opening around town now. Jeni and Tim, visiting from Oregon, found a sphinx moth on the front of their car, killed last night as they drove home. My moth book by Holland, 1920, gives a sketch of this species, Ceratomia amyntor. This one a female.

2005: As Jeanie and I sat on the back porch, a family of wrens fluttered around us, moving back and forth along the branches of the old apple tree, seven birds in all, and it seemed some were babies still being fed by the parents.

2010: Yellow primrose in the north garden still in bloom. Lizard’s tail is declining in the pond. Oakleaf hydrangea flowers are turning green. Cicadas singing in the morning. Short ride in the countryside: All the wheat has been cut. Teasel is blooming, hemlock leaves are yellowing, roadside grass browning, all the thistles gone to down. In the butterfly garden at home, browns and red admirals playing, the first hummingbird moth seen.

2011: Daylilies are still ascending, more colors coming in each day. The violet monarda opened over night. The wheat is deep brown, but I haven’t seen any fields cut yet.

2012: Cardinals, robins, scrawing starlings, sparrows loud in the mid morning. The garden remains at its midsummer peak, with lilies (another forty plants flowering today), zinnias and dahlias, midseason hostas, Shasta daisies, gooseneck, catmint, red and violet phlox, some of the spiderwort, all the Heliopsis and the monarda and the roses and the hydrangeas. Stems of ditch lilies and stella d’oros cut back. Strong cicadas in the evening.

2013: Cardinals still singing this morning, robins still mating in the street. One great spangled fritillary seen in the butterfly bushes. Twenty-two lilies in bloom today, down two from yesterday. The first violet monarda is open, the reds in full flower.

2014: The number of lily plants in bloom fell a bit today, down to eighteen. Like last year, the first violet monarda is opening, the reds in full flower. A beautiful haploa clymene moth found on foliage in the northeast garden, pale wings with a black cross marking. Most clymene sightings in the country have been made from late June through July, so mine appeared when it should have. On the way to Byron toward the freeway, small flocks of starlings in the fields. The first flocking of the summer? Do the starlings raise their broods earlier, come together earlier, survive better in greater numbers?

2016: Cool in the low 60s and light rain throughout the region. Forty-two lily plants in bloom today, down from yesterday’s forty-six. And it seems that yesterday’s lush explosion of color has peaked, and the number of blossoms might be in decline. On the way to Fairborn, I passed the first wheat field cut.

2017: Only a few ditch lily flowers today, one hundred and fifty-nine day lily blossoms, the most ever. The first zinnia starts to unravel, monarda still at its peak, spiderwort still pretty strong, although its foliage has rusted.

2018: One-hundred thirty-seven day lily blossoms, twenty-five ditch lilies. Immature male and female cardinal hunting together in the yard. Steady, loud chanting-chirping of the sparrows in the honeysuckles. A handful of zinnias blooming now, cannas with promising spikes. Cottonwood cotton still all over the ground near one house on Greene Street. Cutting back bushes and Japanese knotweed, I uncovered a small yellow rose from the very last of Jeanie’s fine tea rose collection that once lined the fence I had built there over a quarter of a century ago.

2019: From Madison, Wisconsin, Tat reports the first monarch butterfly in her butterfly weed. A heat wave continues in Europe and the eastern United States. Here at home, Leslie and Bruce heard the second cicada buzz (their first heard on June 30), and “the quiet gentle sound” of  a turkey mother calling her chicks..

2020: Eighty-two ditch lilies and 39 day lilies open today. Heat settling in, highs in the 90s. Lizard’s tail is in full bloom by the pond, trumpet creeper flowering above the greenhouse. Odor from a skunk as I walked Ranger about 7:00 a.m. Canadian thistles all gone to seed along Dayton-Yellow Springs Road.

How suggestive this thistle down…which, as I sit by the open window, comes in and softly brushes my hand! The first snowflake tells of winter not more plainly than this driving down heralds the approach of fall.