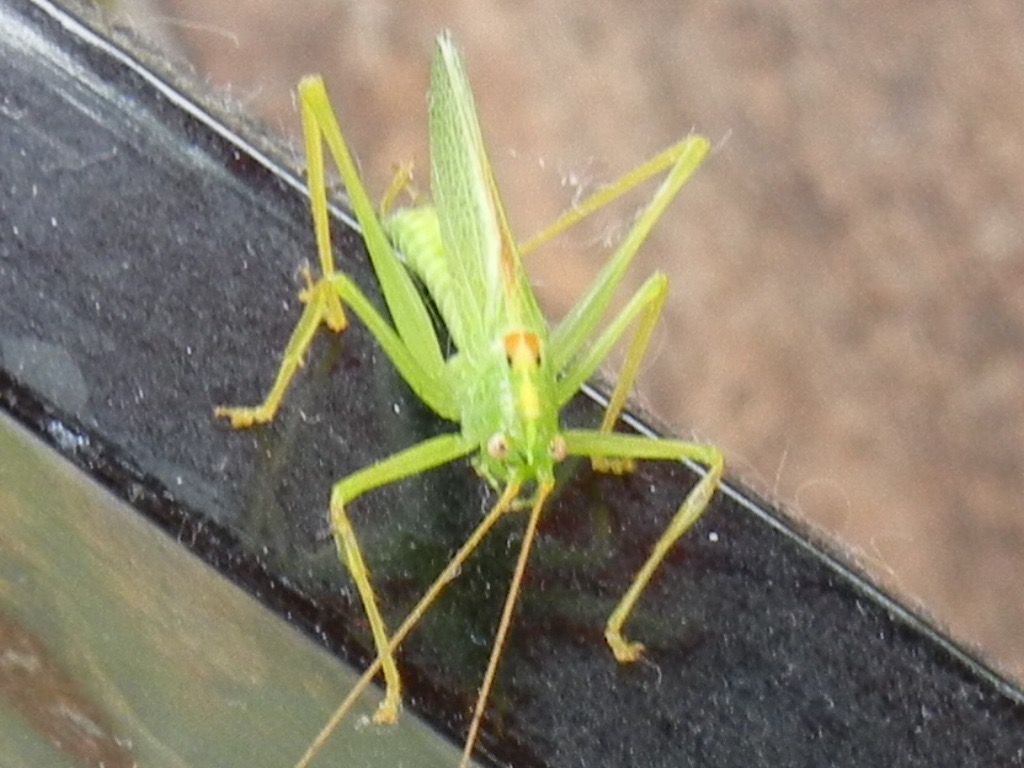 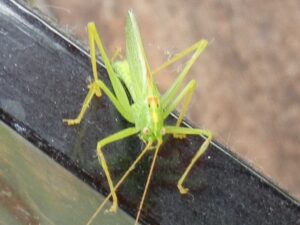 It is axiomatic that the same day never returns, that any act is done when it is done. It seems that at the end of August, summer is over. It seems that this summer cannot ever come again. Memory easily shows, however, that events do not end when they take place. Like the waves that form the Butterfly Effect, all happenings ripple time. And instead of receding from a present tense, this infinity of instances spins far out and then returns like a shower of shooting stars, shining children of comets, over and over again.

1985: The smaller maple in the yard has started to turn color, and is even losing a few leaves. One other Judas maple seen in town. Many catalpas are weathering, paling. Fireflies gone now.

1986: Butterflies everywhere this afternoon. Grackles cackling in the trees around the yard. This evening, I stood outside the back door and listened to the crickets dialoguing with the cicadas: first cricket chant, then cicada chant.

1988: First major morning fog. Japanese knotweed budding in the yard. Boneset still not blooming at the lower Grinnell Swamp. Spicebush berries still are green. Cardinal still singing off and on through the day. Doves and crows still prominent in the mornings. Cicadas begin by 8:00 a.m., continue for about twelve hours until the katydids take over just before 8:00 p.m..

1993: Doves still calling this morning. Balloon flowers holding on after I’d given up on them. Tall prairie dock on the corner of High and Limestone is in full bloom now.

1996: Lady slippers in the south garden have been past their prime for a week or so now, their pods breaking easily, shooting their seeds out onto the ground. Beside them, the tall pink asters have finally come into their own, are now in full bloom like tall bright mums.

1997: Fishing with John at Caesar Creek: Dozens of carp feeding in the shallows, much of their golden bodies visible above the water line. Great blue herons feeding with them. John caught a huge blue catfish late in the afternoon. It was rainy and cloudy most of the day; then when we were trying to get one more catfish at Cedar Hole, the wind shifted, and the cottonwood leaves started to rattle, the humidity fell, and the first breath of a cool front came across the lake.

1998: Headlands Park (along Lake Erie) to Yellow Springs: There are a few Judas maples along the lake. Cottonwoods are turning in the north, only a little ahead of home. Throughout the state, the season or trees and crops is still full Late Summer, the predominant color forest green. The landscape is covered with blue chicory, silver Queen Anne’s lace, purple ironweed and field thistles, yellow wingstem and sow thistles.

1999: The hummingbird was back this morning a few minutes after 6:00. Phlox almost gone in the yard. Biennial gaura found in late bloom on the path north toward Springfield.

2001: First cardinal in the dark: 4:56 a.m., crickets still calling. Then blue jays at 5:23, crows at 5:25, crickets becoming silent. Boisterous bird song for maybe an hour, crows louder in the morning than I’ve heard them all summer. Then by 7:15, the sun well up over the horizon, the excitement tapers off. The rest of the day belongs to cicadas.

2002: An old black swallowtail, wings tattered, was resting in the west garden this afternoon, allowed me to come right up to it. Several other swallowtails visited the yard today looking for zinnias. Only two fireflies seen tonight.

2008: Great Salt Lake to Laramie, Wyoming: Jeanie and I followed I-80 along the Overland Trail, through the deep gorge and pass leading into Wyoming out onto the broad, flat land of the high plain across the southern part of the state. Vegetation remained simple: sage brush, a little sweet clover in wetter areas, and three very common wildflowers – the yellow-flowered knapweed-like plant I photographed in the badlands, and two other plants I have little hope of identifying on this trip.

2009: More black walnuts on the ground. Peak of purple morning glories in the alley. One great ragweed plant loaded with golden pollen. A tiger swallowtail visited the butterfly bush all day.

2011: Returning to Yellow Springs, the day filled with cicadas in the trees, monarch butterflies, cabbage whites (and three in mating randori), hummingbird moths, silver spotted skippers and smaller bi-fold winged skippers, a small golden crescent, a buckeye, a great spangled fritillary and a zebra swallowtail. The humidity here feels friendly and accepting – Portland was so dry and aloof. The grass is ready to cut after a week away, and the weeds have come back to fill all the spaces that were clean on August 5th. In the garden, zinnias, butterfly bushes, heliopsis, Joe Pye weed, early ironweed, an early mum plant, some gooseneck, the pale pink giant hibiscus, two resurrection lilies and knockout roses give color to the yard. Hidden under the rusting crabapple tree, the first white blooms of the Royal Standard hosta promise a rich August and September. Cicadas and katydids at 8:00 p.m.

2012: Robins and cardinals still sing before dawn. Very few butterflies today. This evening, only field crickets at 7:00, then tree crickets by 7:15, katydids by 8:00.

2014: The August 10 – 12 cold front settles in, chilled by the full moon and perigee. In the garden, four lily plants hold on. A painted lady (Cynthia) butterfly visited the zinnias about 8:30 this morning, a male tiger and a tattered spicebush and a monarch this afternoon.

2016: Muggy, warm, thunderstorms and sun: Cardinal at 5:09 this morning. Doves heard after sunrise. As I watched for about half an hour around noon: three male tiger swallowtails, numerous silver-spotted skippers, two fritillaries, a hummingbird and several finches in the circle garden tithonias and zinnias.

2017: Many cabbage whites, a few fold-wing skippers, one silver spotted skipper seen through the day. Then one monarch came to the zinnias at 5:00 p.m. after I had been waiting an hour in the back yard talking to my sister Tat.

2018: Almost all the phlox are gone now, knotweed has sent out its budded fingers, and the first jumpseed seed jumped when I stroked it. Monarch butterflies in the garden throughout the day, and one Eastern black, one giant swallowtail, one male tiger swallowtail seen.

2019: A long thunderstorm last night further broke the drought of the past month, and the morning was humid and warm as we remained at the center of the weather system. As I walked, the cardinals sang steadily throughout the neighborhood about 5:30, the doves finally calling near 6:00, and then crows. Jill and I watched the hummingbirds at the feeder, had coffee on the porch, and the day felt like autumn. The white mulberry tree was turning, and more leaves showed colored on the cherry tree, the stand of Joe Pye was graying, the cut-over lilies and bee-balm told of September. At Ellis Pond: Arrowhead and sundrops in bloom, beggarticks getting ready to bud.

2020: Through the morning, a monarch, a black swallowtail and a tiger swallowtail, along with several cabbage whites, in the zinnias and tithonias. Resurrection lilies are getting ragged and stained; ten plants with blossoms. Phlox way past their best. Jumpseed full bloom.Tree crickets constant.

Thus shall ye think of all this fleeting world

A star at dawn, a bubble in a stream,

A flash of lightning in a summer cloud,

A flickering lamp, a phantom, and a dream.