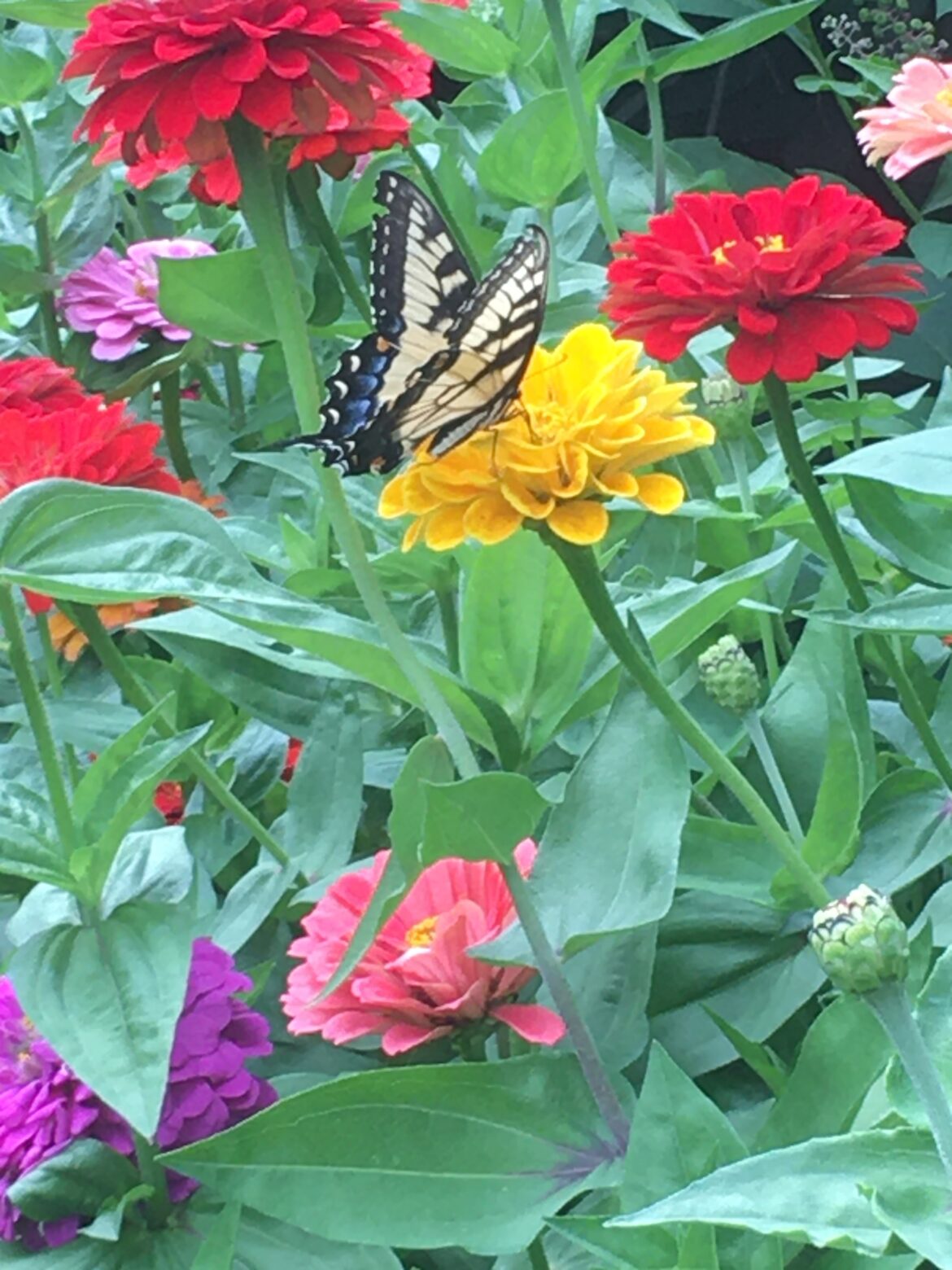 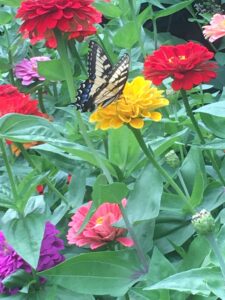 Below Böotes thou seest the Virgin

An ear of corn held sparkling in her hand….

Stars ornament the bracelet on her hand.

This is the week that frost becomes possible in the northern states; snow even occurs at the upper elevations in the Rocky Mountains and in Canada. Here in the Midwest, the third major high pressure system of the month brings chances of highs in the 70s a full 40 percent of the time on August 24, the first time since July 6 that odds have been so good for milder weather.

On the 28th, however, the final cool wave of August approaches, and even though chances of 90s remain strong, the likelihood for chilly highs only the 60s or 70s jumps to 30 percent. August 30 is typically the coldest day of the month, and it brings a 50 percent chance of a high just in the 70s, the first time chances of that have been so good since the last day of June.

Nights in the 40s or 50s continue to occur an average of 40 percent of the time, and the morning of the 29th brings the slight possibility (a five percent chance) of light frost, for first time since the beginning of June. Chances of rain are typically 35 percent per day now, with the exception of August 28, on which date thunderstorms cross the region 65 percent of the years in my record. The 25th and 26th are usually the sunniest days this week.

August 22 is Late Summer’s Cross Quarter Day, the day on which the Sun reaches halfway to autumn equinox. Almost an hour has been lost from the day’s length just since the end of July, almost two hours since the year’s longest days in late June.

Having dropped below the celestial equator in the first week of Late Summer, the Sun now leaves the stability of Leo and enters the more volatile sign of Virgo, the first of the most violent periods of change in the second half of the year.

Throughout the remainder of the month, high Late Summer still holds sway. Cicadas and katydids and crickets are still boisterous in the night. Fold-wing skippers still chase each other in the morning sun. Great colonies of ants migrate. Beds of false boneset and trellises of virgin’s bower bloom. Tall blue bellflower and burdock and euonymus keep their blossoms, and fields glow with seven-foot wingstem, tall coneflowers, early purple ironweed, late bouncing bets and black-eyed Susans.

At the transition between Leo’s vast plateau of heat and color and Libra’s sudden collapse of the forest canopy, Virgo brings the first turning of the leaves and the first chance of frost to Yellow Springs. Hickory nuts, buckeyes and pecans fall to earth. The first black walnut leafturn and leafdrop began in the center of July’s Leo, and now the walnut trees are shedding, yards and paths filling with their leaves. The horse chestnuts follow, and then the cottonwoods and then box elders.

1985: Autumn starlings call in the back locust trees.

1986: Curved pods of the locusts are dry and brittle on the South Glen paths. Some maples are turning early, some buckeyes browning. Touch-me-nots keep popping. At the Covered Bridge a little blue heron seen, the size of a large crow. No cardinals heard this morning, but one sang in the middle of the afternoon. Many honeysuckle berries full red.

1987: Thoreau’s note about how the blue vervain’s flower stalk measures the last days of summer is still valid after a century and a half – and in Yellow Springs, Ohio, seven hundred miles southwest of Concord.

1989: Japanese knotweed is in bloom today near the Covered Bridge.

1991: Grackles cackle all afternoon in the back trees.

1992: A strong cold wave moved into the Northwest today. Montana had snow and temperatures in the 30s. Two hurricanes are circling in the Caribbean.

1993: Katydids were silent when I woke up this morning at 2:30. Mother cardinal feeding her fledging in the cherry tree about 9:00. Still no yellow jackets here to eat the fallen apples. Goldenrod still not open.

1997: Horseweed is just opening. White snakeroot is coming in, but behind its usual timetable. Yellow wingstem and primrose are still fresh. Goldenrod looks to be a week or ten days from flowering. Pokeberries are late turning purple. The violet resurrection lilies and phlox that announced the start of August have held a bit longer than they sometimes do.

1998: Cardinal sings at 5:27, then jays and crows by 5:30, wren at 6:00. First brown Asian ladybug seen at the pond. As showy coneflowers die back along the south wall, goldenrod is opening. Trees deteriorate, paling and dropping leaves rapidly as the late-summer drought intensifies.

1999: A few fireflies still, the intensity of their season stretched by the drought. Starlings clucking in the trees all day.

2000: Both crows and cardinals this morning at 5:30. Have the crows moved in now for the next six or seven months, their calls the earliest, or synchronous with the cardinals’ until middle spring? Bodies of cicadas here and there around the yard. They still chant through the afternoons, but their autumn dying is underway. Black walnuts on the street yesterday morning.

2001: Several full blooming patches of resurrection lilies near Wilmington. But north in Yellow Springs, all the lilies are gone.

2004: A monarch and a great spangled fritillary in the north garden today. The yearling redbud along the west border has lost maybe a fifth of its leaves to a fungus or attack, probably verticillium wilt, a fatal disease. There are also sticky white mealy-bug-type scales on the trunk. The resurrection lilies are gone at Mrs. Lawson’s place and along the south garden border.

2007: I heard a screech owl this morning in the back trees at 5:15. Robins chirped a little at 5:22 until a cardinal called at 5:33, then silence. Rain continues heavy throughout the Midwest, the drought clearly over for the time being. No birds at the feeder at all this morning.

2008: The stonecrop started to open yesterday, small pink flowers, and the first of Peggy’s virgin’s bower unfolded. Resurrection lilies are still in full bloom at Don’s and other properties. Local corn shows stress from this month’s lack of rain. Blue jays active near the alley this morning and yesterday morning.

2010: The sun is back, the barometer up past 30.00, and the butterflies have returned: tiger swallowtails, spicebush swallowtails, Eastern black swallowtails, fritillaries, monarchs, skippers.

2011: First morning below 60 degrees in what seems like two months! Cardinal at 5:30 to about 5:45, crows late at about 5:55. High trilling crickets from the time I got up until they were lost in the calls of the cicadas. In the alley, tall coneflowers gone, blue bindweed full, pokeweed purple, resurrection lilies going very fast. Saw two tiger swallowtails, two monarchs (and Jeanie saw several more on her drive), one spicebush or black swallowtail, one polygonia, many cabbage whites and silver-spotted skippers, one common buckeye in maybe an hour total outside. Hummingbird moths continue to visit the butterfly bush, as well. Four buds remain on our last orange day lily.

2012: Another chilly morning in the 50s. Faint cardinals heard at 5:20 a.m. Many Judas maples seen on the way in to Kettering and especially in the city itself, a pronounced coloration.

2013: Doves heard before 5:30 this morning. The serviceberry trees along Dayton Street are losing brown leaves like the black walnut trees. Don’s sidewalk is lined with the fallen foliage. One very late Star Gazer lily opened over night in the north garden near the peach tree.

2014: Three yellow reblooming lilies in the yard today, resurrection lilies finally gone here, but a few still open around town. The beggarticks on the northwest side of the porch are budding now, and the arrowhead in the pond has finished blooming. Outside today for a short time, just saw one sulphur and many cabbage whites. In John Bryan Park, a brief walk at the Gorge trailhead, a subdued habitat of old mint and scraggly daisy fleabane, a few touch-me-nots, and an undergrowth of budded white snakeroot, only a few plants blooming. The Indian tobacco, lobelia inflate, which I thought was a rare Ohio orchid at the end of July, had just completed its flower cycle, small seedpods round and fat. One firefly seen near the front porch tonight.

2015: Prairie dock still in full bloom at the south end of High Street. A fat orb-weaver has set up in a corner of the front porch. Three lilies today: a couple of rebloomers and the last petals of the white stargazer. Marcie came by the store while I was working, said she had heard a bobwhite outside her home on Omar Circle about a week ago. Fits with what Barbara and Michele reported.

2016: One monarch and many skippers and cabbage whites today. Some white snakeroot in bloom at Bryan Park, most just budded.

2017: A monarch came to the circle garden zinnias about 7:00, the morning sun golden on the back trees and broad foliage of the castor beans. Jill saw another monarch this afternoon near her house. Near the old peach tree (almost overshadowed by the giant pokeweed plant), the Japanese knotweed is blooming (full flower throughout the village) and the spiderwort, cut over, seems to be about to blossom once again. Weeds glitter with dew and the long grass looks ragged, so wet and shiny. Across from the shop downtown, pink stonecrop is in early bloom, and a prairie dock plant has stalks eight-feet high, with a handful of new flowers and many buds. Along Dayton Street, the serviceberry trees are at least half bare, rust-spotted leaves on the sidewalks. In the yard, so many fragments of autumn arriving: yellow leaves of the hackberry and peach, cherry and white mulberry.

2018: Cool and bright, light breeze, cabbage whites swarming around the jumpseed flowers, four monarchs, a spicebush swallowtail and an Eastern black and a hummingbird in the zinnias, braving the wind, swooping around me, indulging in the colors and blooms. This evening, gibbous moon almost full, a brief cardinal vespers, the temperature at 61 degrees, and the katydids began calling about a half hour later than they did a couple of days ago. One firefly seen.

2019: Thunderstorms, milder, humid, the August 25 front arriving about on schedule, cardinals steady from first light to sunrise. The last three resurrection lilies are open today. Along the north border of the yard, Japanese knotweed is in full flower, its branches nodding, lush. Small bee flies hover in the tiny jumpseed blossoms (the very first seeds jumping). Now the taller red-flowered castor beans are highlighting the cannas and the zinnias, creating an August and September garden of mellow color. In the one of the fat canna leaves, a green cicada. Walking with Ranger at Ellis Pond, I noticed that the burdock bush was done blooming, but its burs were still soft. This afternoon, Judy called from Goshen, Indiana, to say that her dove fledglings were finally gone and that she had seen a “V” of geese flying over her house today, the first of the season. Then Tat sent a message from Madison, Wisconsin: She had heard geese flying over her house, too. I heard the first flock here on August 2. Last year, I heard them on the 23rd. And looking back at earlier entries for this day, I wonder why the starlings have not visited the high trees along the west side of the property this year.

Every day is a journey, and the journey itself is home.

But you’d never know it –