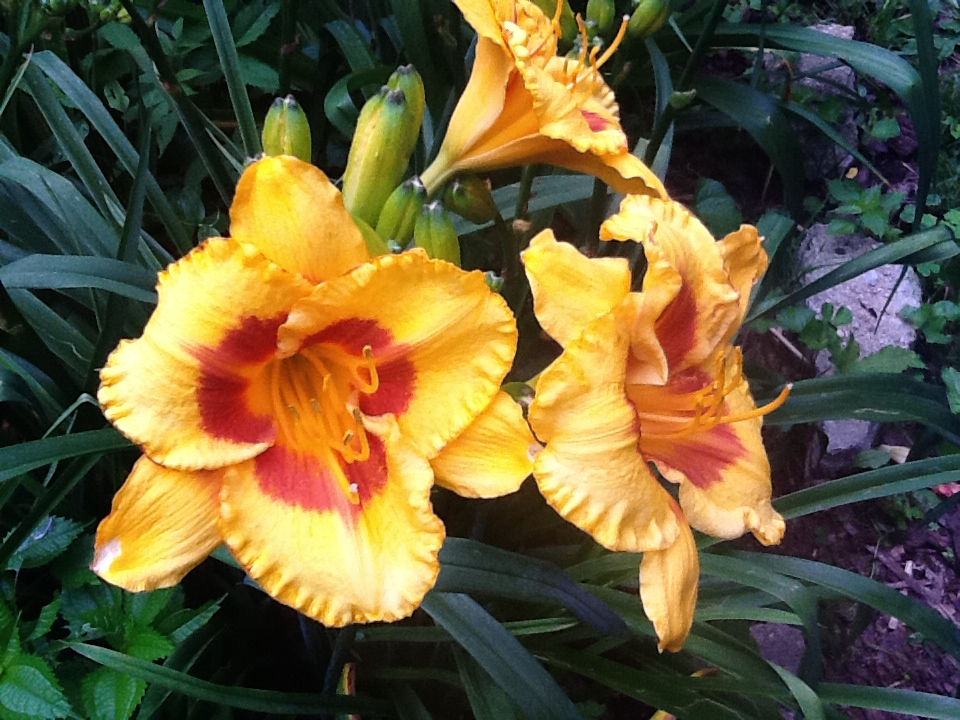 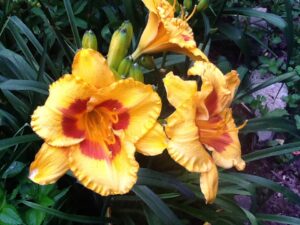 Highs are in the 80s six years in ten, and 90s occur 25 percent of the time. Cool 60s or 70s are recorded 15 percent of the afternoons. Sun is the rule for this date, with only two years in a decade producing completely overcast conditions. Chances of precipitation, usually in the form of a thunderstorm: 35 percent. Lows stay above 60 tonight more often than on any other June night.

Sunny skies are the rule for the last week of June: clouds dominate only about 20 percent of all the days, and that makes this period one of the brighter ones in the whole year. Daily chances of rain throughout this period of the month are 30 percent except on the 25th and 26th; those two days are some of the driest of the entire year, carrying only a 15 percent chance of precipitation. High temperatures rise into the 80s at least 60 percent of all the afternoons and climb above 90 on 20 percent of the days. Cooler conditions in the 70s or even the 60s are most likely to occur on the 23rd and 24th.

When the wheat harvest begins, then bright orange butterfly weed reaches full bloom, and acorns become fully formed. Sycamore bark starts to shed, and thistle flowers change to down. Hemlock season is complete, stalks collapsing into the tall grasses. Clustered snakeroot has gone to seed like the waterleaf. Parsnip heads brown in the sun. Privet is done blooming. Spring lamium has stopped flowering.

1986: No geese heard for more than a month in town. When do they start their autumn flights? At the mill, lizard’s tail early full bloom, first wood mint flowering, wild leek about to blossom. Small toads, half an inch long, hopping in the mud. Rugosa rose, tall nettle, avens, thimble plant full bloom.

1990: Into western Pennsylvania: Vegetation similar to Yellow Springs, crown vetch magnificent, and all the clovers are in bloom. Coreopsis here and there. Patches of hemlock still flowering. Parsnips still strong at high elevations. Red (small) and large yellow-green staghorns have emerged. Catalpa flowers and thistles are holding in the mountains. Daisies, sweet clover, white and yellow moth mulleins, and sweet peas are everywhere. I don’t ever remember the roadsides so lush.

1991: Picking the last black raspberries and cherries after the night-long rain. Misty morning, soft and cool. Robins, flickers, cardinals singing, filtered through the heavy air. Many raspberry leaves yellowed, the smell of August, the humidity and late sweetness, the day so gentle. I hang on to the longest days.

1996: The first domestic raspberry eaten from the garden tonight. The first black raspberry should be ready in a day. Cherries red on the diseased tree, blackbirds coming to eat them. The lilies have bloomed now. The orange was the first. Then the pink. Then more orange, then pink. Throughout town, the small yellow Stella d’oro lilies are all in flower.

1998: The white and magenta monarda have started now, and the variegated hosta. The great blue hosta is in full bloom, and the Francis Thompson. Late high season for yellow primrose, for spiderwort, midseason for mallow and achillea. Gaura full, helianthus full. Along the roadsides, the orange daylilies (ditch lilies) are all open.

2002: Kelleys Island in Lake Erie, 130 miles north of Yellow Springs: Panicled dogwoods and elderberry bushes common and in full bloom. Early Summer lingering: late peonies, daisy fleabane, bright Canadian thistles. Cottonwood is drifting in the wind. At home, the wheat is mostly gold; in northern Ohio fields are lighter and greener, the season about seven days behind conditions in Yellow Springs and southwestern Ohio. Constant chatter of red-winged blackbirds around the camp.

2003: The birdhouse on the west wall is empty. After weeks of constant activity, flying back and forth with food every few minutes, the sparrows have finally launched their young.

2007: More red monarda comes in as lilies gradually increase in number. Lizard’s tail has reached full bloom in the pond. Small berries have formed on Mateo’s back honeysuckles. Goldenrod in the alley is almost chest high, and avens is in bloom.

2008: No grackles for the past three days. Transplanted one of the east garden endless-summer hydrangeas to the south garden. Young doves, still tame, in the grass this afternoon. Toad found in the triangle park, under the red-leafed redbud.

2009: Doves calling as I walked Bella at 8:00. No grackles. Only peeping robins and sparrows in the yard today.  Osage fruits are golf-ball size. Mulberries continue to fall to the street. The first avens seen in the alley. Honeysuckles and panicled dogwoods have green berries. Hackberry leaves are full of galls. Half of the black raspberries are dark.

2012: Very faint bird twittering at 4:00 – 4:30 in a soft, warm rain. Then by 4:45, strong robin song, and a cardinal heard at 5:09, sparrows chirping strong then. By 5:30, a very melodious robin singing steadily. The cardinals still sing off and on, but I don’t hear the constant calling of earlier in the spring. No birdsong heard on my evening walk, 8:00 p.m. (the evening cooler than it has been, thanks to the cool front arriving exactly on schedule). Thirty varieties of lilies counted today, including the very last of the Stella d’oros. The primroses are down to just a few blossoms also, their season closing with that of the Stella d’oros, dovetailing with the rise of the rose of Sharon, the Russian sage, the purple coneflowers, the Shasta daisies, the midseason hostas.

At Ellis Pond outside of Yellow Springs, the pawpaw flowers have become two-inch fruits, and the once tiny specks of hickory nuts are grown round and fat. The tulip trees have lost their tulips. The willow has thickened, and the bald Cyprus trees, so bare in May, are bright and fully formed. Mulberries, still ripening when I left for Italy, are black and sweet. The long, feathery fingers of blossoms hang from the sweet hart chestnut tree (a sweet hart seen blooming in Sardinia just a week ago). Ramps budding under the hosta near the shed, avens in flower by the water garden.

2014: Ditch lilies and Stella d’oros provide drifts or points of color in the village gardens this third and fourth week of June.  In the yard, the hydrangeas and the spiderwort offer a backdrop and contrast. And more hostas coming in – an early bloom phase. Fireflies seem good so far this summer: normal numbers. Mosquitos biting with more regularity now. Still, no Japanese beetles or squash beetles seen so far, and I’ve had very few chigger bites. Don’s pie cherry tree has lost all but a handful of cherries. Along Dayton Street, the serviceberries are plentiful, dark and sweet.

2016: Thirty-two lilies in bloom this morning, the standard daylilies growing in number to five of the plants. As in 2012, the primroses decline with the Stella d’oros. The first purple coneflower is unraveling. The white waterleaf flowers have become round, green BB–size berries. Monarda bloom spreading quickly across the drift. Green frogs in conversation before sundown in the rushes at Ellis Pond.

2017: Crows heard this morning for the first time this summer. Three Stella d’oro lilies, four Asiatics, five standard day lilies, fifty ditch lilies in bloom. The resident deer has eaten almost a dozen buds. I found the first two Japanese beetles in the northeast garden. Germander in late bloom at Ellis Pond, and a young beaver swam by as we walked along the shore. Late in the afternoon, I heard a great chattering of grackles in the high trees, perhaps an initial gathering after mating and preparing fledglings for adulthood. Or maybe they were making a racket because of a hawk or crows.

2020: Twenty-six ditch lilies this morning, two Stella d’oros, and the very first day lily bloomed. Casey called to say he had Baltimore orioles and catbirds feeding and rose-breasted grosbeaks every once in a while (the latest I’ve heard of them here). Three cabbage whites and one silver-spotted skipper noticed today. At Park Meadows last night, Jill and I saw full blooming orange butterfly weed and early purple coneflowers. Shasta daisies were fully budded but not flowering.

A change in the weather is sufficient to re-create the world and ourselves.