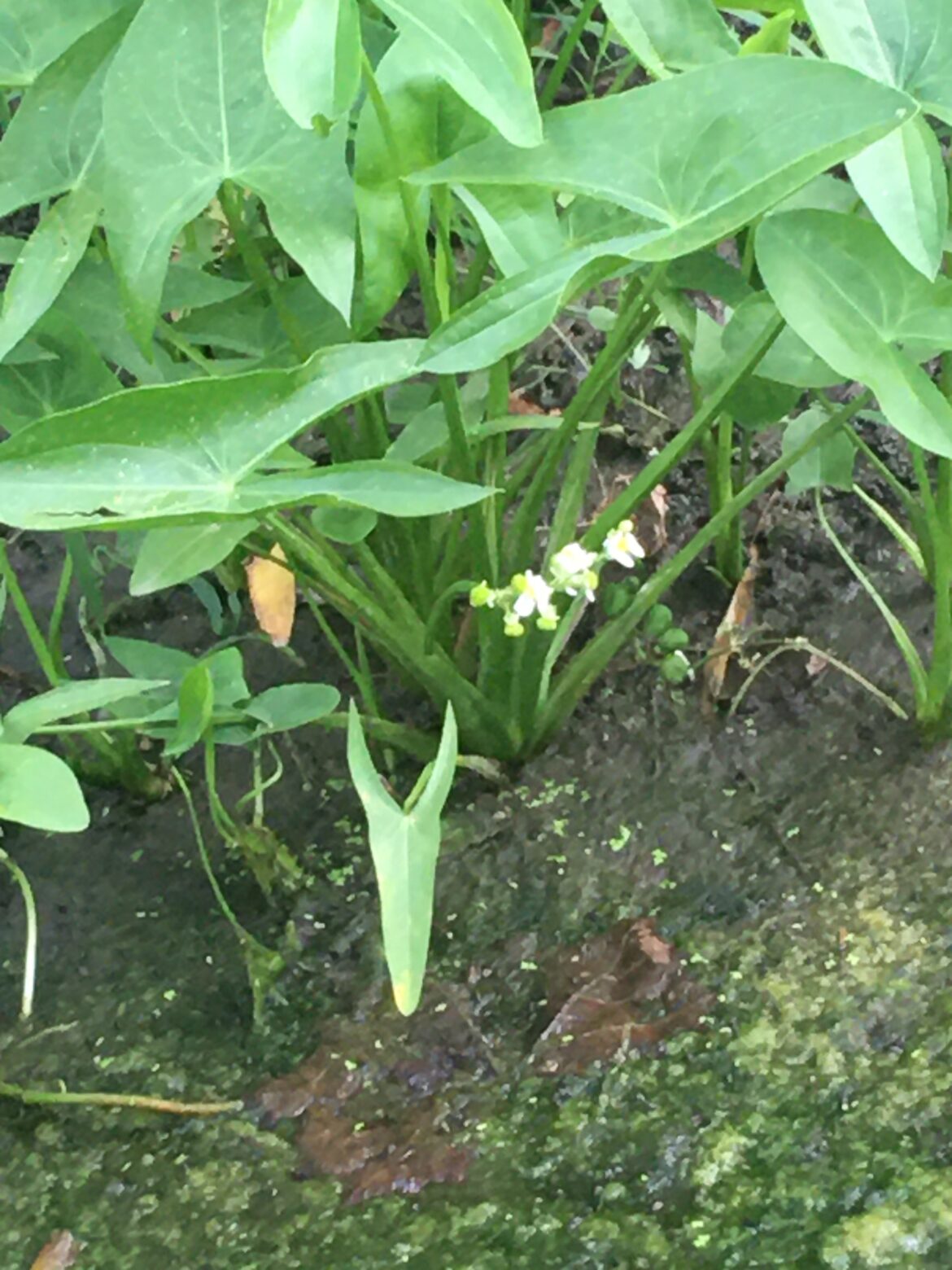 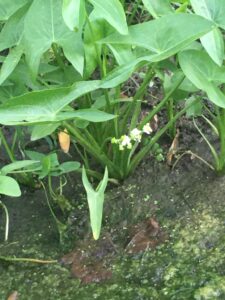 Over me. The days are bright

And free, bright and free.

The likelihood of rain increases from 40 percent to 55 percent today as the Corn Tassel Rains get underway. The sky becomes overcast almost half the years. Highs reach to the 90s once or twice in a decade; the rest of the years are pretty evenly divided between 70s and 80s, the air cooled by the presence of clouds.

1983: One quart of black raspberries picked along the railroad tracks. First chigger bite of the year. This afternoon, woodpeckers in the back yard seemed to be talking back and forth with their hammering, bursts of two to three taps. Catalpa flowers seen falling on the way to Wilberforce.

1989: Cecropia moths, orange and tan, six-inch wingspan, emerged at Jeff and Kit’s porch. One came to our back door June 22nd this hot year.

1990: Deep in the woods past the Mill, I found a Lilium superbum, Turk’s cap lily, a nodding orange inflorescence, petals curled back, the setting sun shining through them. Pale wild leeks below in the undergrowth, hobblebush side flowers open, and a few of its centers. Thimble anemone: some budding, some making thimbles. Lopseed is full now, also wood mint and avens, which seemed to open all at once last week. Solomon’s plume fruit turning rusty red, some of its foliage dying, beige like the May apple leaves. Sweet Cicely seed heads darkening, angelica turning deep gray. A flock of cedar waxwings seen feeding along the river, and a dozen or so buzzards in the highest sycamores at the first bend beyond the dam. A wood duck, possibly hurt, followed me for about a hundred yards, maybe a stone’s throw from shore, giving out a shrill cry every once in a while. Tonight, Jeff called. The cecropia moths came out today, the second year in a row on this date.

1996: In the back yard with Jeanie this afternoon, I looked up into the big locust at the edge of the property and saw a small butterfly attacking a bird, which was sitting on a limb of the tree. The butterfly would rest for a few seconds then fly rapidly at the bird, then away. In a few seconds, it repeated the behavior. After three assaults by the butterfly, the bird left.

1997: The very first powder-blue campanula opened in the east garden today. First bright pink Asiatic lily bloomed in the north garden. Around town, hollyhocks are full, and purple coneflowers are out. Milkweed, sweet peas, yucca, and cattails are in full bloom out in the countryside. Processing tomatoes full bloom in Tipp City.

1998: At 4:00 a.m., the dark morning is quiet. By 4:30 a.m., the chorus has begun, albeit considerably softer than a month ago. The birds start singing later, and they seem to sing with less enthusiasm. The grackles and starlings have moved on now. Mid-season hostas are in full bloom, and the first Frances Thompsons are about done. Purple coneflowers and monarda are peaking along the east gate. Hollyhocks at their best along the south fence. In the south garden, mallow seems to have slowed down. Feverfew is worn, as are the spiderworts. Small purple asters by the gaura bloomed yesterday. Some yucca are still full bloom, others are done.

1999: The morning so quiet. Just a titmouse and the frog.

2005: North from Cleveland, Tennessee to Yellow Springs: Bright orange butterfly weed and pink milkweed common along the freeway in Kentucky.

2007: Several fritillaries, two hummingbird moths (at the violet and red monarda) and a red admiral in the back yard today. No pods seen on the milkweed near Limestone Street. Joe Pye weed getting larger buds. Water plantain stalks about three feet high and budded. Some lizard’s tail still white and soft. Very small fingerling koi, maybe half an inch long, seen in the pond for the first time since the two fish were placed there in 1997. They must have just emerged from their eggs. A total of five: some dark, some light. Rick told me about a month ago that he had

fingerlings in his pond.

2008: The red-bellied woodpecker called around noon. The female grackle continues to come to the feeder, working on the suet now. Fritillaries have been by for the past few days. The first mid-season hostas with green and white leaves opened today. Daylilies picking up. Lizard’s tail full bloom. Cherries hold at Don’s. Peak hollyhocks in the alley and at home. Chris brought over a pint of fresh wild black raspberries.

2009: A skunk woke us up about 3:00 a.m. (the same as yesterday), and some animal had been in the pond. A cardinal was singing early this morning, maybe from about 5:30 until close to dawn. Then silence in the yard. The alley black raspberries are about gone, and Moya’s look old, too. Don’s orange ditch lilies are mostly spent, but his rudbeckia speciosa are just starting to open. In our yard, the very best of the red monarda, early pale violet monarda. The yellow tree lilies are in early full bloom.

2010: More red admiral butterflies today. And when I was cleaning out the algae in the pond this afternoon, I found many tiny, new, dark koi, maybe an eighth of an inch long. By Doug’s house, black walnuts are full size now.

2011: Around six this morning, a sudden thunderstorm moved into town, and one giant ball of lightning struck close by. When Jeanie went downtown to the farmers’ market, several people from around the area said that the lightning ball had struck near their property, too.

2012: More heat in the 90s. Forty lilies in bloom today. Cardinals in the morning and evening, and cicadas calling strong throughout the neighborhood at dusk. Katherine called from the News: She’d seen Baltimore orioles in her trumpet vine for the past week.

2013: Twenty-four different lilies blooming in the yard today. Strong birdsong in the morning and evening, but I don’t hear the song sparrow any more. The yellow tree lily produced one flower in the night. Karin sends a photo of a clump of bright moneywort blooming behind her house near a stream. A spicebush swallowtail and a great spangled fritillary, and the first hummingbird moth worked the butterfly bush in the afternoon. When Jeni and I came home from a movie at 9:45 this evening, a stag beetle was hanging to the screen of the front door.

2014: Twenty lilies in bloom today, their color beginning to spread points of light throughout the north garden. Very small green berries on the honeysuckles at home, fat red ones seen near the Outdoor Education Center at the Glen. A pale yellow water lily bloomed in the pond for the first time, several weeks ahead of last year. Max sighted the first hummingbird moth of the year in the north garden’s red monarda. A check of the Daybook for the last sighting of the hummingbird moths here:  September 25th, bracketing the season from the end of June to the end of September. This evening, Jeni, Max and Jack caught fireflies and then let them go. I’ve never seen the yard so full of fireflies. Matt reported hearing a cicada today.

2016: My notion of time is tightly bound to the motion of the Earth around the sun and to the temporal markers that correspond to that motion. Seasons follow a relatively stable pattern with which anyone who lives for a while in the same place can easily tell the approximate progress of the year.

I can manipulate my perception of time by going to a location in which the season is ahead or behind the season I have left. From this manipulation I conclude that time is not only dependent on the rising and setting of the sun but also on the amount of shade, the longitude north or south and elevation.

I can play with time in the garden by cutting back a flower to make it bloom later. By changing the position of a potted tomato plant, I can make its fruit bloom earlier or later. Like the tomato, I will ripen at a different rate in different settings; my mind is tied to what the senses feed it. Driving in July to Wisconsin, I return to the exhilaration of a Yellow Springs June. If I continue north to Ontario, I can still find May. April and spring beauties wait for me above Lake Louise in the Canadian Rockies. Adjusting time by changing space, I lengthen pleasure, heighten the experience, extend and extend, never satisfied until I reach too far.

One task of my gardening, not unlike my purpose in travel, is to overcome the limits of place, and, understanding the laws of observation, to transcend the sun’s motion, to prolong, to put off transition until I have found the last edge of summer, until I can go no further, can prune back nothing more, until I have passed the high timberline of time and have to finally retreat to memory and to static art in the “slow time” of winter and silent renewal.

2018: Eighty-seven day lily and 29 ditch lily blossoms the morning. One monarch noticed on the pine mulch path near the porch.

2020: Every morning, steady peeping by robins in the honeysuckles. Doves still call. The catbirds and blue jays and cardinals continue feeding. Seventy-eight ditch lilies and 34 day lilies open today. One hackberry butterfly seen on the hummingbird feeder. Leah reports a Baltimore Oriole fledgling at their feeder today, more evidence that the Orioles are staying to breed in the area. The very first arrowhead plant has bloomed in the overflow rivulet at Ellis.

Thou still unravish’d bride of quietness,

Thou foster-child of Silence and slow Time….